Link to the Reports and Maps

Heat Roadmap Europe 3 is from work package 2 of the STRATEGO project (http://stratego-project.eu/). It quantifies the impact of implementing various energy efficiency measures in the heating and cooling sectors of five EU Member States: Czech Republic, Croatia, Italy, Romania, and the United Kingdom. These countries vary considerably in terms of population, climate, resources, and energy supply, so the key results, conclusions, and recommendations presented in this report can inform national energy policy across all of Europe. The results from this study indicate that a total investment of approximately €1.1 trillion in energy efficiency measures across all five of these countries, between 2010 and 2050, will save enough fuel to reduce the costs of their energy systems. After considering both the initial investment and the resulting savings, the total annual cost of the heating, cooling, and electricity sectors is reduced by an average of ~15% in each country. These initial investments are primarily required in heat savings for the buildings, district heating in urban areas, and electric heat pumps in rural areas. In essence, energy efficiency measures in the heating sector will enable EU Member States to simultaneously reduce energy demand, imported fossil fuels, carbon dioxide emissions, and the cost of the heating, cooling, and electricity sectors. 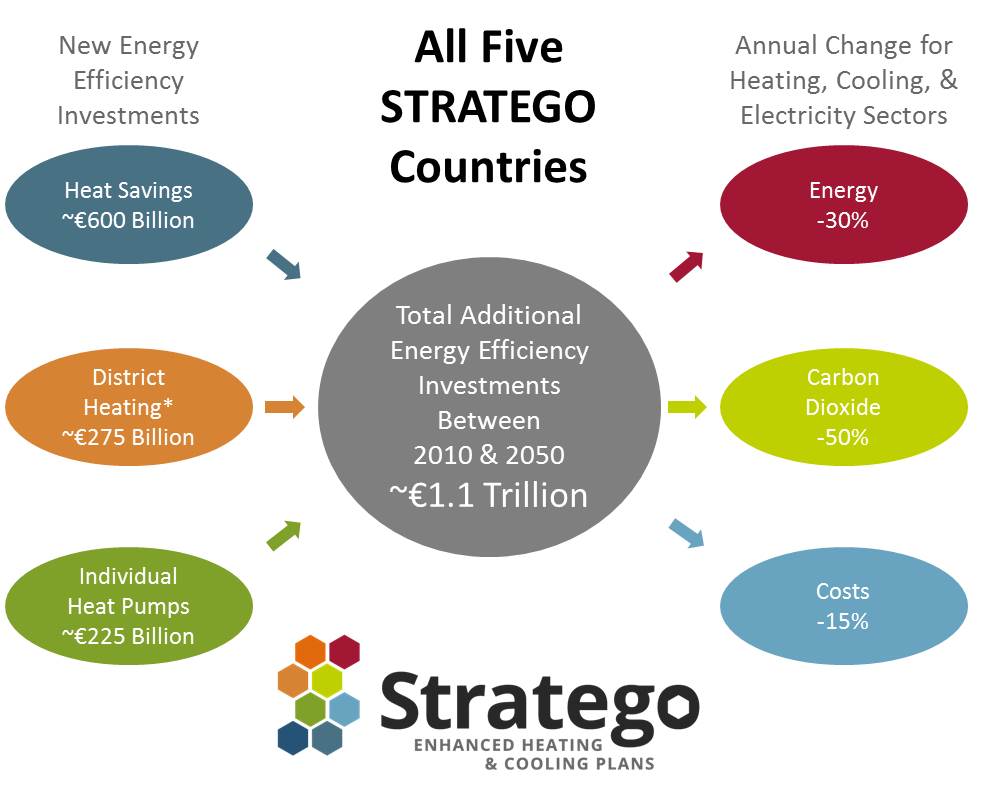 Many strategies have already been proposed for the decarbonisation of the EU energy system by the year 2050. These typically focus on the expansion of renewable energy in the electricity sector and subsequently, electrifying both the heat and transport sectors as much as possible. In these strategies, the role of district heating has never been fully explored system, nor have the benefits of district heating been quantified at the EU level. This study combines the mapping of local heat demands and local heat supplies across the EU27. Using this local knowledge, new district heating potentials are identified and then, the EU27 energy system is modelled to investigate the impact of district heating. The results indicate that a combination of heat savings, district heating in urban areas, and individual heat pumps in rural areas will enable the EU27 to reach its greenhouse gas emission targets by 2050, but at a cheaper price than a scenario which focuses primarily on the implementation of heat savings. 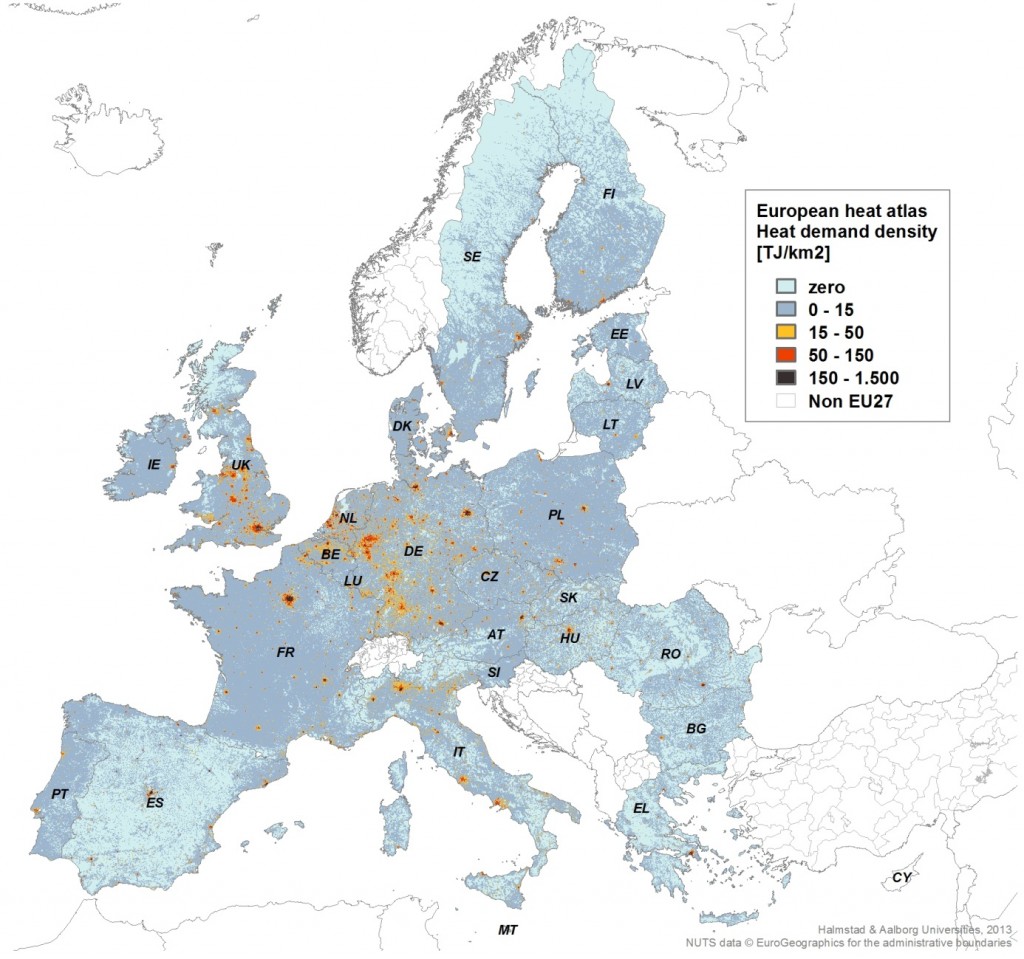 These scenarios are investigated in two steps. Firstly, district heating replaces individual boilers by converting condensing power plants to combined heat and power plants (CHP) to illustrate how district heating improves the overall efficiency of the energy system. In the second step, additional resources are utilised for heat in the district heating network that would otherwise be wasted such as surplus industrial heat, waste incineration, large-scale solar thermal, and geothermal. In all scenarios considered, the results indicate that in the current (2010) and future (2030/2050) EU27 energy system, district heating will improve the overall efficiency of the energy system, reduce imported fossil fuel consumption, reduce carbon dioxide emissions, reduce the costs of the energy system (by €14 billion/year in 2050), and also creating more jobs in the EU27 since money will be invested in infrastructure instead of imported fossil fuels (approximately 220,000 additional jobs in 2050).